Why do I want to be re-elected as Clark County Prosecutor? 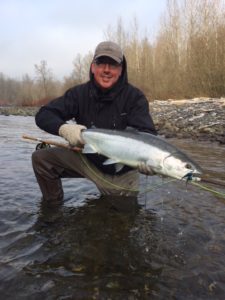 I am motivated each day to keep our community safe.  As your elected Prosecutor I have been able to implement policies that focus on protecting the most vulnerable members of our community.  Our Children’s Justice Center, Elder Justice Center, and Domestic Violence units are proven multi-disciplinary models.  These teams do great work every day protecting vulnerable victims and holding offenders accountable.  Our team also works to divert appropriate cases out of jail with effective use of treatment courts and programs including Mental Health Court, Drug Court, Juvenile Detention Alternative Initiatives, Veteran’s Court, and Diversion.  The work we have done and the approach we have taken has had a positive effect on our community.  I look forward to the opportunity to continue to serve.

I love what I do. I have always believed that a Prosecutor’s goal is to seek justice without malice, working diligently to stay within the framework of the law. I enjoy analyzing the details of a case and working with a team on tough issues.

The Deputy Prosecutors in our office are talented, smart, hard-working people who strive to do the right thing for our community.  I’m honored to work with them each day.

For twenty-three years, I have had the privilege of working in a field where my actions directly help others. I feel fortunate to be able to do this work.

So why run for election and now re-election?

Think about what it would mean to you to have the smartest, hardest working, and most dedicated people in your life ask you to lead their efforts. Yes, it is humbling and heartwarming. It is a huge responsibility. I am honored and take this responsibility very seriously. Doing the best job I can for victims and their families, for the citizens of Clark County, and doing my best to help my colleagues, gives me purpose.

I am honored to have your support. Thank you.

Tony grew up in Milwaukie Oregon. He went to Rex Putnam High School and Portland State University where he earned a Bachelor’s Degree in Administration of Justice. Tony received his law degree from Gonzaga University in Spokane.

Tony lives in Clark County with his wife and their two sons. His children go to school here. Tony and his family care deeply about Clark County.

Let's get in touch

Send me an email and I'll get back to you, as soon as possible.

Contribute to our campaign today! Contribute